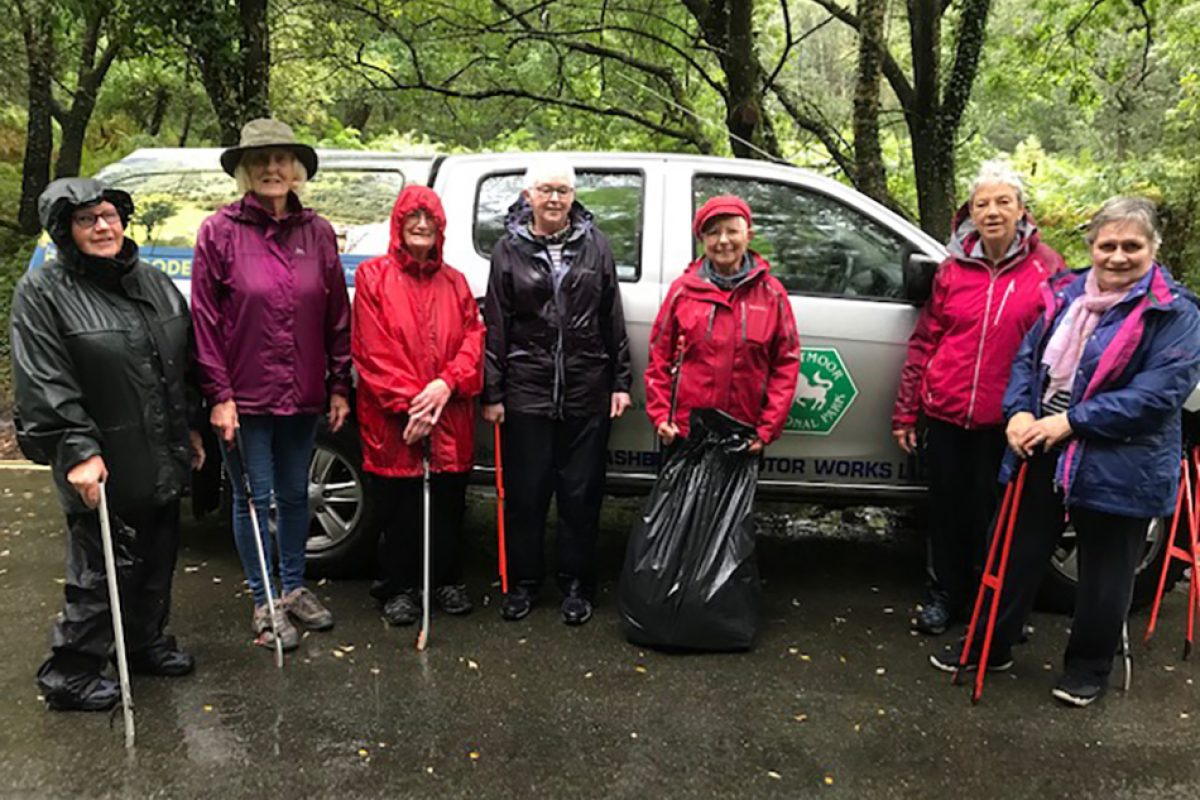 Help us to keep Dartmoor tidy

MEDIA coverage about the problem of our seas becoming polluted with plastic and other waste has been considerable of late – not so the issue of rubbish accumulating in our countryside.

We are blessed beyond words to have beautiful Dartmoor on our doorstep, a world class wildlife habitat and archeological treasure that also happens to provide us humans with a playground above compare where we can relax, unwind and simply appreciate the wonder of living.

However it still amazes me, after years of dealing with the matter that some people who go to all the effort of getting onto the moor haven’t the sense or desire to take their litter home with them.

Even if they believe it’s ‘the council’s job’ to collect waste – of course it’s the National Park that gets lumbered – who could ever walk away after a day at a beauty spot like Spitchwick or Burrator reservoir, look back at the waste they’ve left behind, the potential damage it might cause to grazing animals and wildlife and feel good about that.

It’s more than I can understand, and to a degree perhaps we should feel pity or those whose lives are clearly devoid of any thought about leaving the world a better place than the one they find.

In 2016 I reported the Ranger Team had recently joined forces with the local charity #2 minute beach clean bringing its very successful global litter campaign inland.  Which is why now, when you visit some of the moor’s most popular locations at weekends you’ll find a large “A frame board”, litter pickers and bags available for anyone to use. This has been managed by the Ranger team, supported by voluntary wardens and volunteers.

Early this year my colleague Bill Allen gave a talk to Ashburton Woman’s Institute and they heard about our 2 minute moor clean. Group coordinator Jenny Beuker then got in touch with me as they were keen to help the local community. Jenny said “We love the moor and visit the Spitchwick area regularly and have been appalled by the mess left by people so we thought we would like to do something to help out. After hearing the Rangers talk we decided to undertake a litter pick and thoroughly enjoyed it so we have returned every month”.  So on a monthly basis since April the group has been tidying up, but not just for the obligatory 2 minutes, but for at least two hours a time. I joined them in the rain on their last visit for this year to thank them for their efforts. Group member Anne Palmer said “We have really enjoyed the work but should not really need to be doing this, in an ideal would we should not need to come back again next year!”

So rather than be saddened Ashburton Woman’s Institute decided to turn a problem into an opportunity.

That’s right, we – the magnificent majority – can take back the place we love with nothing more than a few minutes spent collecting rubbish. The impact of your actions will not only be immediate and rewarding, but they’ll send out a wider message to others too.

We’ll never solve the problem of thoughtless people having little or no regard for the environment but we can act to reduce the impact they have.

So please give it ago, you might just feel great about yourself.